This is just a quickfix for the bigger bugs in the demo version 5. It also has some new stuff like: 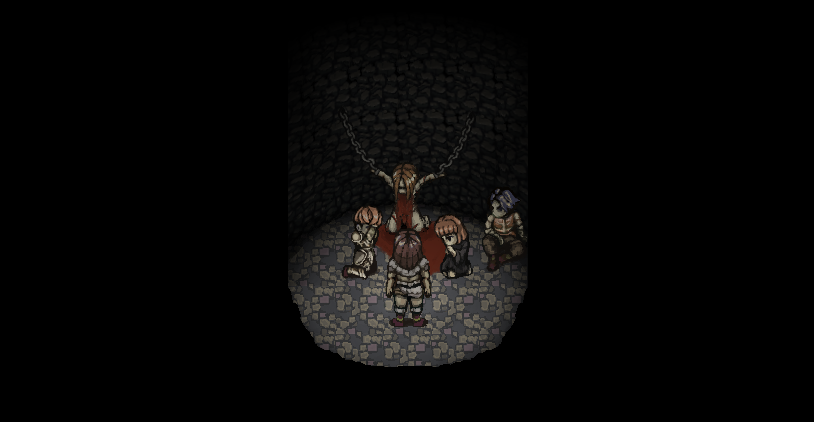 This demo is AMAZING.  Having so much fun exploring and learning the complexities of this dark world!

I have one question:

How to reach Le'garde in the demo while he is still alive? traveling through the mines (left side, explosive vial) to the catacombs, he is already dead even if reached in 20 minutes of gameplay. Perhaps conditions to reach him in the demo are more strict than in the full release?

Hey yeah! Saving Le'garde is a lot more difficult in the demo than what it is in the full version. There was a speed running competition during those demo days and the fastest time that beat the whole demo was given to the Le'garde saving scene. It was something like 5 minutes if I remember correctly.

Oh wow! And just like that, the strategy I'd been pursuing flies out the window.  Once again your creation leaves me astounded!

Thanks for making such a cool world

hey orange i am having so much lag at the demo especialy  when i get enemys nearby or when i run{escape} from them which is so annoying i legit cant play the game like this any tips how to get it away? cuz i tried my secret move which is having the lowest resilotion  yet it didnt work not even  a little bit

Hey ! Yeah there was some bad lag problems in the demo. Even when I played it, I experienced it every time with my potato laptop. I did eventually find the reason behind it and it has since been fixed in the full version. Some people still experience lag, but it's source is different, because most people who had the issue you mentioned told me it's fine now.

As for how to reduce the lag in the demo? Well...... I don't think it's easily done as the source is coded pretty deep in the game maps.